While you may not be able to watch this because of it’s availability on NetFlix; you can learn much about the plot from the reviews and analyses:

For this Make you will create a meme image that makes a statement about this episode, but also is in the vein of popular memes or uses the message of them. Use Know Your Meme to do some research behind popular memes.

One way is to riff on the meme message itself using a popular meme image with a message about the plot of this episode: 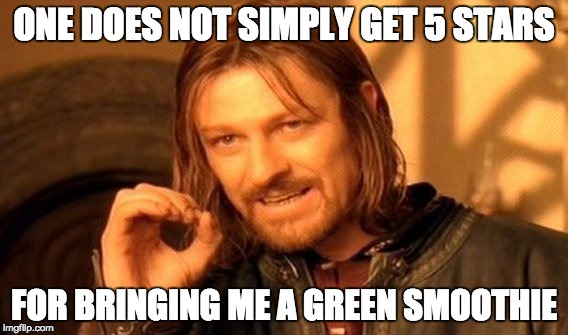 Made with imgflip memegenerator

In this case we have subverted the One Does Not Simply Walk into Mordor meme with a reference to the part of the story where Lacie’s unpopular office coworker, Chester, attempts to redeem his low reputation score by offering healthy smoothies to everyone in the offce.

For this kind of Nosedive meme, you will have to find an image from the episode to work with.

The other approach is to use the method of a popular meme such as Oprah’s You Get a Car with a reference to the rating everybody in this episode craves as done in the example for this Make: 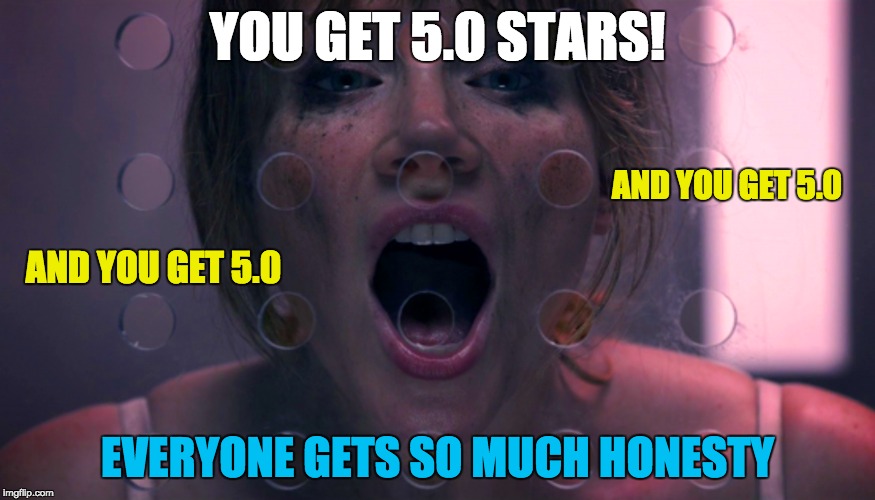 In this type of response, you will use a popular meme image, but create a message that is both related to the Nosedive episode and to the meaning/intent of the original meme.

You can use any meme making tool or software that you want to; we recommend the generators from imgflip or from memes.com.

After you complete this make please share a link to it and a description so it can be added to the responses below. You can add it directly to this site.

Have you created a helpful guide or do you know one that might help others complete this make? You can share a guide if it is available at a public URL. .

8 Responses for this Make